Time for an Independent Attorney General

The article below doesn’t relate to information technology contracts, but it does relate to the law. It is not partisan and takes no position on impeaching President Trump or on any other current controversy. (The article first appeared today on my separate blog, Pints of History.)

Almost every U.S. state has an independent attorney general. Forty-eight of our state governors can’t fire their AG at will, so they can’t avoid justice through control of state prosecutors. American Presidents, however, however, can fire the U.S. Attorney General, for any reason. Yet the White House generates far more potential corruption than any governor’s mansion, due to its greater power. In fact, thanks to the modern imperial presidency, the U.S. executive now overshadows the other two branches, disrupting the Founding Father’s plan for a balance of power. And the extreme partisanship of 21st Century politics boosts Presidents’ might even further. It renders them almost immune to impeachment and even to justice from the ballot box. That leaves law enforcement as a crucial check on executive corruption. But the federal prosecutors’ hands are tied by the Presidents’ power to fire them. So the U.S. must learn from the wisdom of its own states.

This article takes no position on the conduct of Presidents Trump or Obama or any of their predecessors. Rather, it offers a non-partisan, traditional American solution, of equal value to all sides and thoroughly vetted by our many states. It offers a constitutional amendment creating an independent Attorney General. 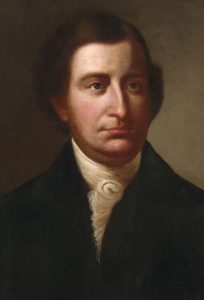 The Founding Fathers and the Attorney General

The Founding Fathers did not consciously grant the President authority to hire and fire the Attorney General. They apparently paid little attention to the question. The Constitution doesn’t mention the AG or other government lawyers. And the first drafts of the Judiciary Act of 1789, written by many of the Founding Fathers, said the Supreme Court would appoint the Attorney General — and the district courts would appoint the U.S. Attorneys. The act’s final draft, on the other hand, said nothing about who would hire or fire these lawyers.

The early Presidents just stepped into the void and made government attorneys part of their administrations. And in the early days of the Republic, no one objected. But the Founding Fathers never saw the imperial presidency.

“The current presidency has the potential of becoming a law unto itself as the expediency and demands of modern government have … freed the President from the effective oversight of the other two branches.”* So wrote Chapel Hill law Professor William Marshall in 2006, in the Yale Law Journal. Professor Marshall was reacting to the “imperial presidency”: a name used since the 1960’s to address the explosion of executive power in modern America. By the mid-Twentieth Century, the American President was the most powerful person in the world — and wielded greater domestic might than the British kings and ministers who so troubled the Founding Fathers.

The Presidents who first took control of the AG’s office, then, bear little resemblance to their modern successors — to these potentates the Founding Fathers never meant to create. And today’s Attorney Generals can do little to curb the imperial presidency. In a 1935 opinion about presidential power, the U.S. Supreme Court said, “it is quite evident that one who holds his office only during the pleasure of another cannot be depended upon to maintain an attitude of independence against the latter’s will.”** That logic, of course, applies to the Attorney General, who serves at the pleasure of the President. “[T]he President’s ability to control the Office of the Attorney General,” Professor Marshall continued, “makes him effectively the only arbiter of the legality of his actions.”*

Yet since Professor Marshall wrote in 2006, the presidency has grown even more independent of the law.

Extreme Partisanship vs. the Ballot Box and Impeachment 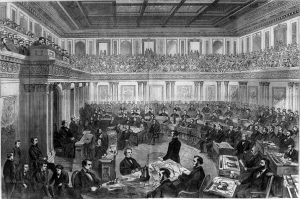 Thanks to to the extreme partisanship of 21st Century politics, millions of voters now value a leader who opposes the other party more than they value justice. (And if you think that’s limited to the right, you’re not listening to enough voices from the left.) So today, a President can maintain political support despite damning evidence of self-dealing. In other words, with the nation divided into hostile camps, the voters can’t be counted on to punish corruption.

Modern partisanship also nullifies the Founding Fathers’ fallback anti-corruption tool: impeachment and removal by Congress. Impeachment of high officials has always been more political than impartial. That’s nearly fatal in an extremely partisan environment, where impartiality will cost members of Congress their jobs. Plus, impeachment is a tool of last resort, practical only for the most serious and visible misconduct. Presidents can dodge federal justice in a hundred ways too small or subtle to trigger impeachment.

In November, Israel’s Attorney General filed criminal corruption charges against the head of his own party, the Prime Minister. Attorney General Mandelblit has that freedom because the Prime Minister cannot fire him at will. But we don’t have to look that far afield to see AG independence imposing the law on the chief executive. In forty-eight U.S. states, the governor cannot freely remove the attorney general. In fact, in forth-three of those states, the voters choose the AG, not the governor, while in two others, appointment is by the legislature or the supreme court. 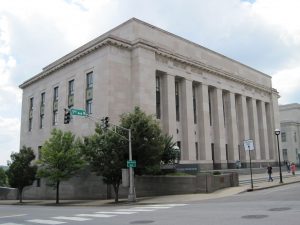 The Supreme Court of Tennessee, where the justices choose the AG — mirroring the Founding Fathers’ original plan for the U.S.

This state solution works far better than past anemic attempts to impose law enforcement on the U.S. President. Congress has occasionally created special and independent counsel. But these offices come and go at the whim of a partisan Congress, and they’re neither particularly impartial nor truly independent. If the U.S. had a permanent, independent Attorney General, the most powerful person in the world would be subject to the law.

The independent AG has been proposed before (including in Professor Marshall’s article). But extreme partisanship has not gripped America since before the rise of the imperial presidency. That combination demands action now.

Today’s Congress has created several “independent” agencies: bureaus like the National Labor Relations Board and the Federal Reserve, led by officers the President can’t fire, or can’t fire at will. But few legal scholars would say Congress could give independence to the Attorney General — no matter what the Founding Fathers thought in 1789. The courts have only permitted independence for officers whose authority is not central to the President’s constitutional powers. Quasi-judicial and quasi-legislative authority can qualify, but core executive functions can’t — and that almost certainly includes enforcing the law.

That means Congress can’t create an independent AG. We need a constitutional amendment. And I think that’s possible, even today. Many of us value “our guy” more than justice, but we all want justice in the abstract. And we all fear a corrupt President from the other party.

Below is a proposed a constitutional amendment creating an Attorney General the President cannot fire. Essentially, it creates a new branch of the federal government: the Justice Service — based on today’s DoJ, though renamed to avoid confusion with Presidential “departments.” But like the Constitution’s original Article II, on the executive branch, the amendment says little about the makeup of its branch, leaving the details to Congress. Much of the amendment’s language comes from Article II itself. Other terms and ideas come from the constitutions of Pennsylvania, California, and especially Louisiana, as well as the Judiciary Act of 1789.

The amendment  below confirms that the Attorney General and Justice Service can prosecute a sitting President and that the President can’t pardon him- or herself. The President would appoint the AG, but confirmation would require two-thirds of the Senate. That should force the President to choose a moderate. And the President could not appoint an acting Attorney General for a vacancy: a tool Presidents use to fill high offices without Senate confirmation. The AG would serve for six years and could not serve again for six years after that, so he or she would never rely on the current President for reappointment. Finally, both the AG and the President would enforce the laws, paralleling most state constitutions — but only the AG could represent the U.S. in court, including by filing criminal charges.

Your comments, suggestions, and edits are very welcome.

Amendment to the United States Constitution

The Attorney General will hold office during a term of six years, subject to Section 4 of this Article, and thereafter will continue in office until replaced.

In addition to impeachment and removal, the Attorney General may be removed or suspended from office by a two thirds vote of each of the houses of Congress, solely for inability to discharge the powers and duties of said office due to illness, injury, or infirmity.

The Attorney General will, at stated times, receive for his or her services a compensation, which shall neither be increased nor diminished during the period for which he or she has been appointed, and he or she will not receive within that period any other emolument from the United States, or any of them.

The Attorney General’s authority will include investigation and prosecution of the President and any other officer of the United States, both during and after their terms of office. The President has no power to pardon himself or herself.