Don’t Use License Agreements for Software-as-a-Service

Many software-as-a-service (SaaS) contracts grant a “license” to use the vendor’s software. That’s a mistake. Licenses are for on-premise software. SaaS is a service, as the name implies, and it doesn’t need a license. And if you’re the vendor, a license can hurt you. 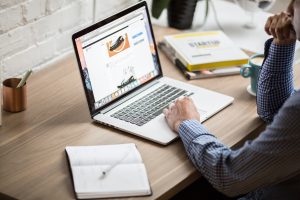 The confusion stems from the role of “software” in software-as-a-service. You can cut through that confusion by asking what the customer will do with the software. If the customer puts a copy on a computer — if it’s on-premise software — the contract needs a license. Copyright law gives the software’s owner a monopoly on the right to copy it, so the customer needs a copyright license to make copies. The rule is the same whether the customer owns the computer receiving the copy or uses computers provided by its data center vendor. (Actually, copyright law has some confusing rules about whether the user actually needs a license to put a single copy on a single computer, but that’s not important here.)

In a SaaS deal, on the other hand, the customer does not put software on a computer — or copy it at all. The software sits on the vendor’s computers, and the customer just accesses it. With no copies, copyright plays no role in the promise of services, so the customer doesn’t need a copyright license. Rather, it needs a simple permission: “During the term of this Agreement, Customer may access and use the System.” (For more sample language, see The Tech Contracts Handbook Chap. I.E.1, as well as the examples in our clauses archive.)

In other words, the customer gets a service in a SaaS deal, not software. The vendor just uses software to provide the service. I often call the transaction a “subscription” — just to give it a handy name — instead of a “license.”

Some pundits argue that a “license to use” SaaS just means permission to use it and does not grant a copyright license. But why take the risk, since a SaaS contract using the word “license” could hurt the vendor in at least four ways?

Other Differences between SaaS Contracts and On-Premise Licenses 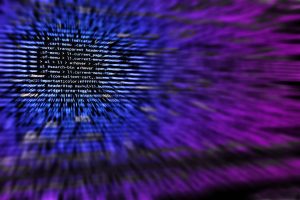 SaaS contracts also call for much more focus on data management and security than on-premise software contracts. The customer’s data sits on the vendor’s computers, rather than on the customer’s, as with on-premise software. (For more on data clauses, see The Tech Contracts Handbook, Chap. II.H, as well as the sample terms in II-H of our clauses archive.)

Of course, your deal may involve both SaaS and on-premise software. A SaaS vendor may provide its main offering online but also provide an application for customers’ computers — something that helps those machines talk to the online service. Don’t let that confuse you. What you need there is a software license covering that one installed app, wrapped in the larger SaaS subscription contract. The license addresses the installed app only, not the SaaS system on the vendor’s computers.

David Tollen is the author of The Tech Contracts Handbook, the American Bar Association’s bestselling manual on IT agreements. He is an attorney, expert witness, and the founder of Sycamore Legal, P.C., a boutique IT, IP, and privacy law firm in San Francisco. His practice focuses on software licenses, cloud computing agreements, and other IT transactions. David also serves as a lecturer at U.C. Berkeley Law School. Finally, he is the founder of Tech Contracts Academy and our primary trainer.

This article is an update of an earlier version, posted in 2011.

Thank you to Pixabay.com for great, free stock photos!